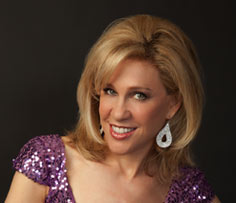 While breakthrough ability may not be a word, according to Webster, Melani L. Skybell's musical talent certainly should compel the editors of today's New World Dictionary to consider adding it to the book.

Her repertoire includes traditional jazz numbers, sultry ballads, swing standards, bossa novas, pop classics, and her original jazz-pop compositions. With a new, unique sound of her own, Ms. Skybell's style stands apart from other entertainers and their treatment of those familiar favorites.

Melani L. Skybell is a vocalist and classically trained pianist, who began her musical journey at age 5. Her formal education includes classical piano and vocal performance at Boston University, and a jazz studies degree from University of Texas/Arlington. Her on stage experience blossomed when she joined an alternative pop/rock group, Innocent Bystander, who frequently backed up headliners, and became a regular act in Austin’s Sixth Street Clubs. Either solo or with an ensemble, Melani has performed at all of the top venues in Dallas, and has a performance almost every night of the week. Some evenings there is a line to get into clubs to hear her play – not an easy task in a city dominated by country and pop.

In order to refine her jazz style, Melani’s piano studies led her to the University of North Texas, UTA and prominent North Texas piano professors. She quickly built a reputation with her voice and style. Her solid performances and warm, inviting vocal delivery set her apart immediately. Melani rapidly became a first call vocalist amongst many of the area’s jazz orchestras.

Melani’s repertoire includes traditional jazz standards, sultry ballads, Latin rhythms, and her original jazz-pop compositions. She regularly entertained at Dallas’ most popular nightspots, including years at the Four Seasons Resort, the Warwick-Melrose, The Mansion, the Dallas Petroleum Club and Perry’s Steakhouse & Grille. In her early jazz years, Melani was the featured artist at a sold out performance at the Sammons Center program “Women in Jazz,” and also appeared on several local television spots. Melani Skybell is in demand outside of Dallas, and has performed at events in Atlanta, Georgia, Kingston, Jamaica, and the Chautauqua Institute of New York, to name a few.

Melani combines her sensual style and compelling interpretations with respect for the tradition of classic jazz. Her first recording, “Through the Years,” continues to sell overseas and locally, as does her second release, “My Heart Sings.” VH1 bought the rights to one of her tracks, “Papa Loves Mambo” (on “My Heart Sings”), which was used for the soundtrack of their movie, “30 Days Until I’m Famous.” Her 3rd CD, “Life Is the Song,” received rave reviews, “…Skybell’s most intimate recording to date.” Her 4th CD, “Just a Chase Away,” features 8 of her original compositions. Melani wrote the music with soulful lyrics, polished production and arrangements. Yet, her sound is unforced and maintains that effortless style. This CD garnered stellar national reviews, a Japanese distribution deal, and her single, Days Like This, rose among the top 100 in Billboard Radio. Melani's originals have continued to sell to various media, including various popular TV series. Her 5th CD is a live recording, capturing her uplifting spirit and exceptional jazz band.  Her 6th CD, "Staying Strong," features Melani's all original music, showcasing her versatility as a singer/songwriter, including styles from New Grass to Adult Contemporary.

Melani Skybell is an independent artist who exudes the qualities and crossover appeal of major-label talent. As well as her versatile musicianship and extensive training, her class act combines her sense of effortless style and rich vocal nuances with a rare gracious charm. "Melani is truly an engaging singer/pianist - a unique talent, who projects such personal warmth, sincerity, and positive energy that audiences take an instant liking to her."